On the Satanic Nature of the Rabbinic Kabbalah

By Michael Hoffman
(henrymakow.com)
The Kabbalah (“reception”), is a series of books of magic and mysticism. The canon has not been strictly defined although the rabbinic consensus names the Zohar as the most important volume. Another book, Sefer Yetzirah is a guide to black magic in Judaism.
Zoharic studies in English have been advanced exponentially by the recent publication of Daniel Matt’s uncensored translation of all of the volumes traditionally associated with the Zohar.
The descriptive term “Satanic” is overworked in this age of the Internet and “desktop” publishing. We do not propose to employ it casually or imprecisely. The Kabbalah is fundamentally Satanic in its theological orientation, which supplants the monotheistic God of the Bible and His “imperfect” Creation, with human brain power that “perfects” Creation, together with a pantheon of thinly-veiled sorceresses who have goddess status. 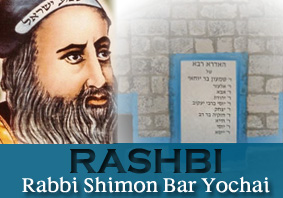 The Kabbalah is attributed to the Rabbi Shimon ben Yoahi who wrote, “Even the best of the gentiles should all be killed.”
Like the Talmud of Babylon, it is reputed to be derived form an Oral Law which God gave to Moses on Sinai in addition to the Written Law. In a cryptic passage from a book of the Kabbalah (Tikkunei Zohar 1:27b), buried within a double-entendre, is a reference to the Mishnah (first book of the Talmud) actually being “the burial place of Moses.” Furthermore, the rabbinic authors of the Mishnah admit to each other that their teachings and laws have “scant scriptural basis.”
Judaics under Kabbalistic auspices are said to be under the dominion of the sitra ahra (“evil inclination”).
SECRET MEANINGS, SEX CULT
Kabbalistic exegesis of the Old Testament predicates a secret meaning that can be discerned by assigning each word of the Hebrew Bible a number through a process known as gematria, and then combining these numbers corresponding to letters, creating a new Bible unknown to the masses.
The Kabbalah makes reference to the evil forces that will control Israel “in the secrecy of the steep,” when the spirits of the former zealots reincarnate on earth, forsaking their post-Second Temple exile to take up residence in Jerusalem yet again. 1
In Kabbalistic terms, “Evil forces attach themselves to holiness.”
Patently, what is being called “holy” is not in accord with any Christian understanding of holiness, but rather in the pagan (Tantric) understanding that “defilement is a source of holiness.” That Jerusalem is the gateway to hell is celebrated in this mystical Kabbalistic sense, since it was known to and admitted by the rabbinate for centuries, that the evil forces are “most powerful in the Land of Israel, particularly in Jerusalem,” with the land’s “awesome powers” facilitating the process of demon worship and the resulting acquisition of material power on earth.  2
The Babylonian Talmud claims that the forbidden tree in the Garden from which Adam ate was a fig: “Rabbi Nehemiah holds that the tree of which Adam ate was the fig tree” (BT Berakoth 40a). The Kabbalah teaches that the leaves of this fig tree conveyed powers of sorcery and magic (Zohar 1:56b Bereshit). 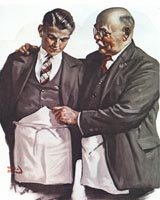 Consequently, in the rabbinic mind, the aprons worn by Adam and Eve, being made from the leaves of the fig tree, were garments that gave the wearers magical powers. These aprons made from fig leaves had the power to give the bearer the ability to enjoy “the fruits of the world-to-come” in the here-and-now. (BT Bava Metzia 114b). It is with this rabbinic understanding that Freemasons and Mormons wear these aprons in their own rituals.3
The Zohar states that by black magic, Adam cut in half the divine unity of the god and goddess. Adam was formerly a giant, but after his sin his physical proportions were shrunk by God and “his erect stature diminished by one hundred cubits.” (Zohar 1:53b). In the fertile rabbinic imagination, most of the Book of  Genesis, when taken literally, is misleading.
In Zohar 1:36a Bereshit, an account is given of the temptation of Eve in Genesis 3: 4-6: “Eat from it and you will really be like Elohim, knowing good and evil.” After quoting this text, the Zohar reports that “Rabbi Yehudah said, This is not what the serpent said. For if he had said, ‘With this tree the Blessed Holy One created the world,’ it would have been a correct statement.
What the serpent said was actually this: ‘The Blessed Holy One ate from this tree and then created the world…Eat from it and you will be creating worlds.””Zoharic Kabbalah…is centered on a blatantly erotic interpretation of the Godhead, dividing the functions of the sefirot into male and female sides. The Zohar includes multiple interpretations built around a concept of God’s ‘genitals.’
Using a phrase in Isaiah, ‘behold the King in his beauty,’ (33:17) as its springboard, the Zohar interprets the word for yofi, ‘beauty’ as a euphemism for a divine member. Tikkuni Zohar explicitly claims the ‘divine image’ that God bestowed upon man (but not upon woman) was the penis (I: 62b, 94b). The Zohar also interprets a passage from Job, ‘In my flesh I see God,’ as a reference to the human penis being in ‘the image of God’…this supernal phallus is manifest in one or the other of two other sefirot, Tifferet…and Yesod…” 4
REDEMPTION THROUGH EVIL
Judaism secretly teaches, as have the occult secret societies throughout the ages (in our time, Hindu Tantrism and the Ordo Templi Orientis or OTO), that the mystic can find redemption through a heroic willingness to do evil for the sake of a subsequent redemptive ascent to the highest spiritual good; immersion in the lowest of the low thus becomes a path to redemption: “…the concept of the descent of the Zaddiq, which is better known by the Hebrew phrase, Yeridah zorekh Aliyah, namely the descent for the sake of the ascent, the transgression for the sake of repentance…Much attention has been paid to this model because of its essential affinities with Zoharic and Lurianic Kabbalah…this model was a very important one in Hasidic thought…” 5
In other words, the rabbinic doctrine that evil can be redeemed by embracing it, was in circulation in early Hasidism until it threatened to expose the whole truth about the rabbinic religion, after which damage control was instituted through the familiar deception system of permissible dissimulation through dispensational revelation. 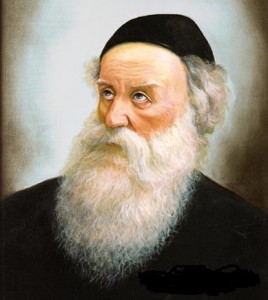 In Hasidic Judaism’s first dispensation, the founding era of the Baal Shem Tov (early to mid-eighteenth century) and the disciples who came immediately in his wake, the grossest superstitions and the darkest dimensions of Babylonian Judaism were popularized among the Judaic masses, including the teaching that the “Jew” was to redeem the 288 “holy sparks” that exist in wicked thoughts (mahashavot zarot) and actions, by meditating upon them and implementing them, with the ostensible goal of “elevating” them.
There was a sustained outcry, however, against this teaching from the rabbis of the non-Hasidic, “Mithnagdim” school, who complained bitterly that the Hasidim were “…popularizing mystical concepts that hitherto had zealously been kept concealed by the rabbis.” The complaint by the Mithnagdim has been represented to the outside world as a principled protest against excessive mysticism which “distorts” the austere Mosaic purity of rabbinic Judaism.
Various forms of black magic (what Moshe Idel is pleased to call “the ancient Jewish mystical ascent as performed by the ‘descenders to the Merkavah”), superstition, goddess-worship, reincarnation and idolatry incontrovertibly comprise the under-publicized, formative core of Judaism’s oral traditions, and have exerted a profound influence on the rabbis since their sojourn in Babylon eighteen hundred years ago.6
One of the oldest repositories of Babylonian magic in Judaism are the texts, Sifrei ha-Iyyun, the Sefer ha-Bahir and the Hilkoth Yesirah (also known as the Sefer Yetzirah), circa 200 A.D.; the earliest extant copy of the latter is the Genizah ms., tenth century. “…the practice associated with this school of thought is magical/theurgic, even including the attempt to make a golem.” 7
The “strand of earlier tradition is that of Merkavah mysticism. Merkavah designates a form of visionary mystical praxis that reaches back into the Hellenistic era but was still alive as late as tenth-century Babylonia…the old Merkavah and magical literature was preserved among the earliest Ashkenazic Jews…” 8
The best way for readers to acquaint themselves with the Kabbalah is to read the Zohar in the Matt translation. Two representative quotes from that volume are: “The evil impulse is good, and without the evil impulse, Israel cannot prevail in the world” (Zohar 161a); and: “Israel must make sacrifices to Satan so that he will leave Jerusalem unmolested.”
http://www.RevisionistHistory.org Copyright 2017. All Rights Reserved
Related – Makow – The Devil & The Jews
——————–    Cabala-How Sex Became Our Religion
———————————    The “God” of the Kabbalah

FOOTNOTES
1. Zohar 184b.
2 Yehezkel Rabinowitz, Knesset Yehezkel (Bunden, 1913), p. 52. Moshe Halamish, “The Land of Israel innKabbalah” in A. Ravitsky (ed.), Eretz Yisrael, pp. 215-232. H.E. Shapira, Divrei Torah, 5:24; 6:25. Mendel Piekarz, Hasidut Polin. Jeremiah 32:31-32: “For this city (Jerusalem) hath been to me as a provocation of mine anger and of my fury from the day that they built it even unto this day; that I should remove it from before my face. Because of all the evil of the children of Israel and of the children of Judah, which they have done to
provoke me to anger, they, their kings, their princes, their priests, and their prophets, and the men of Judah, and the inhabitants of Jerusalem.”
3 Cf. John L. Brooke, The Refiner’s Fire: The Making of Mormon Cosmology (Cambridge University Press, 1994) and Lance S. Owens, “Joseph Smith and Kabbalah: The Occult Connection,” in Dialogue: A Journal of Mormon Thought, Fall 1994. Smith enraged his brother Freemasons by incorporating secret Kabbalistic rituals in Mormon ceremonies. His occult church was seen as a growing rival to masonic power. In Carthage, Illinois in 1844, he was surrounded by a masonic mob (almost always described by establishment historians generically, as simply “a mob”), and out of awareness of its masonic personnel, Smith made the gesture of the masonic signal of distress, and shouted the code words, “Will no one help the widow’s son?” Faithful to their orders however, his erstwhile masonic-assassin brethren killed him on the spot. Cf. E. Cecil McGavin, Mormonism and Masonry
(Bookcraft Publishers, 1956).
4 Rabbi Geoffrey W. Dennis, The Encyclopedia of Jewish Myth, Magic and Mysticism (2007), p. 199.
5 Idel, Hasidism Between Ecstasy and Magic, p. 103.
6 Ithamar Gruenwald, Israel Oriental Studies 1 (1971): pp. 132-177 and Temerin, vol. 7 (Jerusalem, 1972) pp.101-139. Gershom Scholem, Jewish Gnosticism, Merkabah Mysticism and Talmudic Tradition (Jewish Theological Seminary of America, 1965).
7 Daniel Matt, Zohar [Stanford, University 2004], v. 1. xxxvii];
8 Ibid., D. Matt, pp. xxxvi-xxxvii.

3 Comments on “On the Satanic Nature of the Rabbinic Kabbalah”