We May Never Return to Normal

Millions of people
may not eat today because billionaires like Bill Gates want to imposetheir tyrannyon humanity.


by Henry Makow PhD
In Mexico, I was hoping to escape the mass lunacy sweeping the planet. But yesterday, the local police cordoned off the main square. Mexico has mandated a month-long “health emergency.”   Only “essential” businesses will remain open.
Apparently jobs are not deemed “essential,” although the worker may think otherwise.
Public spaces have been closed. Our town square — the heart of every Mexican community — was cordoned off by police. The church — its spiritual center — is inaccessible. This is where the shops, restaurants and dozens of craft stalls are located.
Hundreds have been deprived of their livelihood in this town alone. The blind beggar will not eat. The man with the accordion will get no tips. Even the stray dogs will suffer.
Schools, restaurants and mines in Mexico have shut down. Borders have closed. This is a body blow to the Mexican economy. Easter is an especially busy time for tourism in this Catholic country.
The reason for this madness? 1,890 cases of the Coronavirus ( i.e. seasonal flu) in all of Mexico.  634 people have recovered and 79 have supposedly died in a country of almost 130 million people.
I sold my shares in a Canadian gold producer which suspended operations here despite not having a single person with the sniffles. There’s no guarantee this bogus emergency will end May 1.  A hoax can be maintained forever.

Multiply this scenario a few million times on a global scale. Apart from world wars, humanity has never been under such a threat. 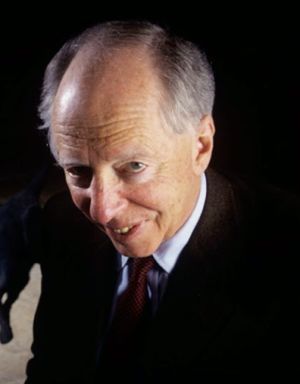 (left, Jacob Rothschild)
Who has the power to send the whole world to its room? Only the world central banking cartel.
The Rothschilds.
Bill Gates is a cutout. His dad was their lawyer.
The best explanation for this absurd suicidal overkill is occult – our adversary is PURE EVIL.  (Satanism Explained.)Satan destroys his adherents. Humanity has been inducted into a satanic cult. A satanic cult controls and exploits its members by corrupting and making them sick. Satanists believe society must be destroyed in order to be rebuilt according to their demented specifications.

So far, we’ve been operating on the assumption that the virus “will fade away” (Bill Gates’ words) in a month or two. However this scenario assumes the Illuminati simply seek monetary gain. They have a political agenda more important than money. They want total control. They want to leverage their monopoly over credit into a monopoly over everything.In 1938, Illuminati insider Chaim Rakovsky told his NKVD interrogator that the central bankers created the Communist state as a “machine of total power.”  In the past, due to many factors, “there was always room for individual freedom. Do you understand that those who already partially rule over nations and worldly governments have pretensions to absolute domination? Understand that this is the only thing which they have not yet reached.”

In a disturbing 90 minute interview, Celeste Bishop Solum, left, who worked for FEMA for 20 years says their goals are 1.) Test and register the DNA of every American which will prove a gold mine for the pharmaceutical industry. 2. Force Americans to accept a cocktail of vaccinations, some of which will sterilize them.
3. Inject Americans with serums containing nanoparticles which fuse with human tissue and allow them to control and monitor with a computer. This is linked to the introduction of 5G. Essentially Americans will need a certificate called the ID2020 if they want to regain their freedom of movement. Only these people will be allowed to attend mass events, like NFL games. Presumably, only these people will be able to work and support their families.
At first, I thought this woman was over the top. But then I read these statements by Bill Gates:
Bill Gates: “Mass public gatherings might never be allowed unless everyone is vaccinated (i.e poisoned)” 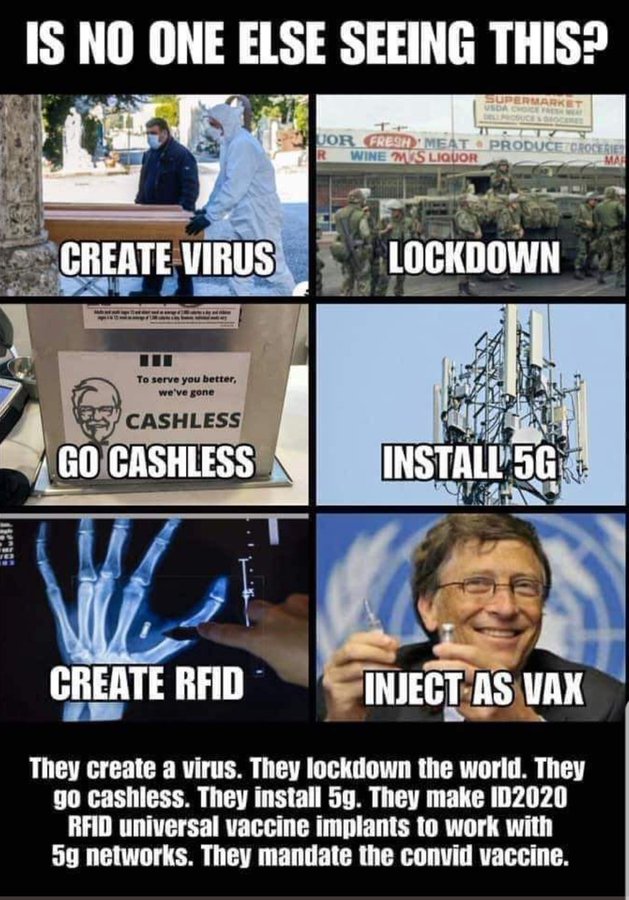 In a TED talk March 24, Gates said:  “Eventually what we’ll have to have is certificates of who’s a recovered person, who’s a vaccinated person […] Because you don’t want people moving around the world where you’ll have some countries that won’t have it under control, sadly. You don’t want to completely block off the ability for people to go there and come back and move around. So eventually there will be this digital immunity proof that will help facilitate the global reopening up.”

Here, Gates asserts that everyone needs to be “tested” and we should prepare vaccines for new pandemics.
Yesterday, Gates said that thanks to “social distancing” cases should “level off” by the end of April.
But, Gates predicted things won’t “go back to truly normal until we have a vaccine that we’ve gotten out to basically the entire world.”
Yesterday, Dr. Anthony Fauci predicted the coronavirus “will become a seasonal event” (like the flu?.)  The head of the St. Louis Fed said, all Americans may need to be tested for Coronavirus before economy can be restarted.
——–RELATED – Celeste Solum – Overview of Global Government Plan
Makow – Satanism Explained
“Immunity Certificates” Are Coming – COVID-Survivors To Get ‘Special Passports’ Enabling Return To ‘Normalcy’
Is a pretext to chip everyone?

“We’re not going back to ‘normal.’  Of course we hope we do, even when we know things were becoming, or already had become, unsustainable. 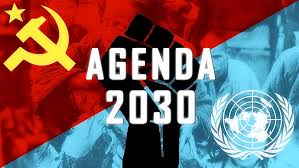 No, just read the goals of Agenda 2030, and try to imagine how much blood will have to be shed to get from where we are now, to what these maniacs have in store for us ten years from now.
This will give a man a much better idea of what we will be dealing with in the years ahead, rather than dreams of ‘going back to normal’.
Already in the weeks ahead, the consequences of the ‘lock down’ for the real economy will become unbearable, and these will quickly start worsening dramatically from the fall out from the unfolding collapse in the financial system.
It’s not hard to predict serious supply shocks in the near future, and all sorts of scarcity, real or artificial. And they have prepared many more nuclear bombs of Corona magnitude en route to their Utopia.
Let’s face it: even Genocide, in the West, should be part of the calculation.
They have locked up billions of people in their own houses, and to think it could not get worse is foolishness.  What is worse: they have managed to make people call for their own imprisonment and destruction of their own livelihoods.
Certainly, a People so delusional, and now in such a precarious strategic position, in a travesty that is openly controlled by the United Nations’ (Rockefeller et alia) ‘World Health Organization’, is obviously, patently facing an acute National Security Crisis of the absolute highest order.
The People are wide open to all sorts of attacks by the (((Globalists))), while they are begging ‘their’ States to keep everybody locked up inside.
Of course, it’s still just a worst case scenario. But people clearly do not appreciate the fragility of the situation. and that is perhaps the most disconcerting of it all.”
Migchels – We Face the Mother of all Depressions
—————–  Bolshevik Takeover of the West—–Related–  Why Didn’t Bill Gates Vaccinate His Own Children?

Andrew writes:
Mexican President Obrador at first made clear there would be no quarantines down south, but just like Trump, Obrador caved-in to some invisible force. Remember Trump wasn’t planning to quarantine America, then he said quarantine until Easter. Now there’s no end in sight for this economically devastating American quarantine. SAME IN MEXICO.
Are we switching from WAR ON TERROR to a RIDICULOUS WAR ON DEATH. Americans will die even with quarantine at 7000-8000/day.
CV19 is just a common cold virus with no influenza-like pandemic potential.
A pandemic would be like the 1919 Spanish Flu which killed over 50 Million worldwide and an estimated 675,000 Americans dead which was ten times as many Americans as died in World War I. So there were quarantines in parts of America during the Spanish Flu when America’s population was only about 107,000,000. But CV19 hasn’t yet killed even 11,000 out of America’s current population of about 330,000,000.
2017-2018 swine flu killed an estimated 80,000 Americans with no quarantines, so why the current quarantine for 11,000. Why is CV19 death so much worse?
YET now we have the FIRST COAST TO COAST AMERICAN QUARANTINE IN HISTORY.
You and Anthony Michels make perfect sense arguing this GLOBAL LOCKDOWN IS LUDICROUS & IT’S ECONOMICALLY RUINOUS.